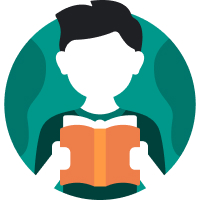 Comparative literature explores the relationship between works of fiction of different cultures and times. Its purpose is to establish the connection between specific genres, styles, and literary devices and the historical period. At the same time, it provides an insight into the meaning hidden between the lines of a given text.

What is a compare and contrast essay when it comes to literature? It’s still an academic paper that requires specific methodology and subordinates to conventional rules. Mind that only the pieces that have something in common are comparable.

And this is where all the challenges start. It is not always clear which works can and should be compared. Which aspects should be considered, and which could be left out? The structure of a comparative essay is another stumbling rock.

For this reason, our team has prepared a brief guide. Here you will learn how to write a successful comparative literature essay, and more importantly, what to write in it.

How to Write a Comparative Essay

Comparative literary analysis requires you to know how to correlate two different things in general. So let us start from the basics. This section explains how to write a comparative paper.

Using this technique, you dedicate two paragraphs for each new comparison aspect, one for each subject. It is the best way to establish similar and different features in two novels. Such comparative analysis works best for research, providing a detailed and well-structured text.

This approach means that you divide your essay in two. The first part discusses one text or author, and the second part analyzes the other. The challenge here is to avoid writing two disconnected papers under one title.

For this purpose, constantly refer the second part to the first one to show the differences and similarities. You should use the technique if you have more than two comparison subjects (add another paragraph for each next one). It also works well when there is little in common between the subjects.

Depending on the chosen structure, you will formulate a thesis, distribute the arguments and supporting evidence. You can consult the possible options in our comparative literature essay examples.

How to Compare Literary Pieces

Let us move to the main point of this article: the comparison of literature. In this section, we will discuss how to write an ideal essay in this format.

We suggest you stick to the following action plan:

That’s it! Thank you for reading this article. For more examples of comparative literature essays, check the links below.