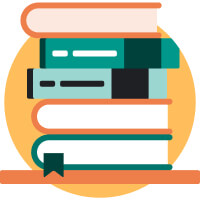 It is tough to come up with a definition of what American literature is. It is a product of the cultural diversity of people who live and write in the United States. However, not every literary work produced in the US can be included in this list.

Of course, American literature is predominantly in English. One of the early 21st century developments is an increase in authors who write in their language. However, they still can be considered American. As a result, African American, Asian American, and other ethnic branches of literature emerged.

Assigned to write an essay about American literature? In this article, our experts tried to simplify the task for you. We’ve described the periods of the United States literary tradition so you can navigate freely. Also, check a list of topics for your American literature essay. Finally, see some examples of the works written by other students.

The Many Periods of American Literature

Literature reflects society. It magnifies all the good and bad values, mirroring the life of the country and its development. In this section, we’ve described the main periods in US history. It will help you realize what to discuss in your essay on American literature.

The first European settlers started describing their experiences in the 1600s. The narration was practical, direct, and copied the British literary style. The earliest American literary works were mainly nonfictional. The first president of the Jamestown Colony wrote about his personal experiences and published them from 1608 till 1624. Such prominent writers as Nathaniel Ward and John Winthrop elaborated on the topic of religion. African American tradition started during that period, too. For instance, Phillis Wheatley and Olaudah Equiano created the first slave narratives.

Romanticism values a person’s emotions over reason. American writers embraced this movement at the beginning of the 19th century. For example, Edgar Allan Poe was one of the vivid examples of Romantic writers. In New England, several thinkers emerged too after 1830. Ralph Waldo Emerson wrote essays, while Henry Thoreau wrote a story of his life. Poets such as Herman Melville and Walt Whitman began publishing their works at that time too.

The Civil War fueled the realistic period in American literature. Mark Twain was one of the most notable writers of that era. In his novels The Adventures of Tom Sawyer and The Adventures of Huckleberry Finn, he depicted the actual Americans.

Naturalism is another literary movement that was prevalent at that time. For example, Theodore Dreiser embraced it. His novel Sister Carrie is an essential American naturalist novel.

The modernist period was one of the most fruitful in American history. It got intensified after the advancement in science and technology. The outcomes of WWI and the Great Depression caused a lot of contradiction. Thus, it found its way into art and literature. Scott Fitzgerald, Richard Wright, Ernest Hemingway, William Faulkner, T.S. Eliot, and many more writers became dominant voices.

The period has started after World War II. American literature during that time became more inclusive and had a variety of voices. Toni Morrison, James Baldwin, Ralph Ellison tell stories of race and sexuality. American contemporary novels had many forms, like postmodern and feminist ones.

You may wonder what to write in your American literature essay. The abundance of writers and literary works make it difficult to choose. That’s why we combined several ideas. We hope you’ll find them useful in identifying the topic for your work. If not, you can let our title generator create a few original ideas on the subject.

But first, check these ideas for your essay on American literature:

Thank you for your attention! American literature is indeed a vast subject. We hope that this article will help you focus on a good idea. If you are still unsure what topic to choose, check our American literature essay samples below. You can look through them faster if you use our summarizer.