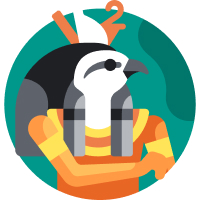 A myth is a traditional story that attempts to explain a natural or social phenomenon. It usually combines historical events with fantasy. Such stories had appeared long before people learned to read and write; they passed from generation to generation through oral tradition. As a result, there is no single author of any myth, and there cannot be one.

An essay about mythology can reflect the reasons that brought ancient people to compose such stories. For this purpose, you should understand the natural phenomena, human relationships, and religious rites the myth describes. Your essay relies on analyzing the lessons people wanted to teach their descendants. That’s why you should see the differences between the ancient and modern vision of reality.

To better understand what is expected from you writing a myth essay, you’ll need topic ideas and some guidance. You will find both in this article, prepared by our experts. Below, you can also find some helpful myth essay examples.

It is better to know how myth differs from similar kinds of literary pieces. In this section, we’ll focus on mythology, legends, and folklore. Note that they are hard to classify and frequently overlap in many aspects.

Myth Essay & How to Write It

So how should you write an essay about mythology? We have prepared a step-by-step guide.

Following this plan will help you get the highest mark:

It is high time to decide what you will write about. The topics are not limited to ancient times if your assignment does not indicate the contrary. So, here you can find unique ideas for a myth essay from modern to personal mythology.

We hope our advice and topics will bring you to an A+ essay. Below we have collected the best myth essay examples for your inspiration. Share the page with your peers who may need our tips.