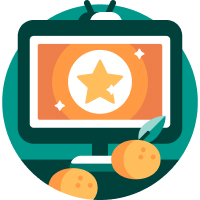 A TV show can refer to a single episode of television. For instance, Gossip Girl has 45 minute long shows. The word itself can be used as a collective noun to describe all episodes. However, to refer to the whole TV program, people usually use the phrase “TV series.” In this article, we will use the terms interchangeably.

Film and screenwriting students are more likely to find it necessary to write a TV show analysis essay. There are several ways to approach it. Some tasks require you to review the show, not to criticize it. However, most likely, you will be assigned to analyze the TV program.

You’ll need to watch at least several episodes to write an essay on it. Checking at least a few of them is necessary when describing the characters, the setting, what the show is about, and what emotions it evokes.

In this article, our experts have described how you can approach the analysis and review of a TV show essay. But we will start with an analysis of terms that will be useful to you in preparation.

Even though you might see TV show reviews and critique as interchangeable terms, there is still a difference. In the article, we will equate analysis with criticism since both types examine the work from different angles. However, a review is usually a part of such analytical essays.

In this section, we will explain in detail what are the differences between TV show critique and review:

It is an analytical paper that might be published years after the release of the show. TV show critique essays serve as an evaluation of the series. The writer can compare the series to other ones and provide an estimated effect on the viewers.

A review of the TV show is consumer-oriented and serves as a recommendation for viewing the series. They can be found in popular magazines or newspapers, while critiques – in scholarly publications.

You can look at the TV show review essay examples, as well as critique samples below.

To write a flawless paper, you should understand what exactly you’re supposed to examine or discuss. That’s why it’s better to check TV show analysis essay examples and see how others dealt with the task. Besides, in this section, we’ve prepared some tips that can help you nail the assignment.

Things to cover in your TV program review essay:

Here are some tips for your TV show analysis:

Elaborate on the script:

Thanks for reading! We hope this was helpful to you. In addition, you will find free essays about television shows via the links below.