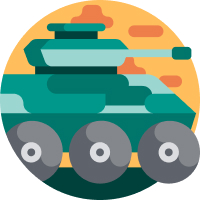 World War 2 is an international war from 1939 to 1945. The conflict involved the Axis alliance of Germany, Italy, and Japan against the Allied powers of France, Great Britain, the USA, the USSR, and China. WW2 remains the most significant conflict in history, with estimated 40,000,000–50,000,000 deaths.

Keep in mind that you should be politically correct and ethically proper while writing a World War 2 essay. Being one of the most crucial events in the world’s history, it has caused controversial interpretations.

In this article, our team has prepared some tips for writing your World War 2 research paper or essay. You’ll find great topics for practice or completing your assignment. Besides, there are World War 2 essay examples. They will be amazing for understanding the appropriate structure and argumentation.

To compose a paper about any war, you’ll have to use common techniques. In essence, writing WWII essays is similar to describing other tragic historical events. You should elaborate on the assigned timeline, refer to trustworthy sources, and be careful in stating your points.

You’ll have no trouble writing your WW2 essay if you use our tips. What you need to do now is to choose an idea to elaborate on. For that purpose, use our topic generator or check the list below.

There are 25 WW2 essay topics we can recommend to you:

Thanks for reading, and good luck with your World War 2 essay! You’ll find free samples below.