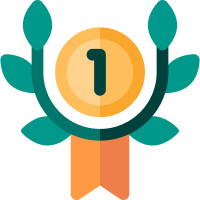 It is tempting to limit the scope of sports science down to the idea of physical exercise and training. Yet, there is so much more that this field entails.

Sports science does involve the study of physical education but also of body and exercise psychology. It is about the understanding of people in sports and the role that it plays in our society.

There are many branches of sports science, and they go in every direction. Some might be concerned with athletes’ health and the medical side of exercise. Others can go into the political implications of worldwide games championships. The key areas of study are concerned with physiological and psychological aspects of sports science. It includes biometrics and motor learning as well.

You may find yourself that you are at a loss for what to write about in sports. This is precisely why our team has gathered sports science research topics for you to explore. You will also discover how to write the best academic paper on the subject. Under the article, find free essays about sports science to browse through.

Many essays and research papers suffer from the wrong choice of a sports science topic. The key is that the focus must be on two areas of study. In your essay, you should explore the connection between sports and other fields.

Here, we came up with 15 sports science research topics that will inspire new ideas:

For more ideas, try out our topic generator. It will automatically come up with things to write about.

Essays on sports science rarely venture outside the typical academic paper format. In other words, if you are familiar with academic writing, you probably know the next step to take. You will find yourself coming up with a thesis and an outline sooner than later. Yet, if you are at a loss, you just might discover some useful advice below:

We hope that you found our advice and topics useful. You can now read through these sports science essays written by other students like you. Doing so will help you work out your paper structure, thesis, and argumentation.