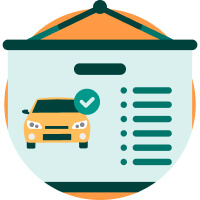 Legal issues can happen anywhere, including on land, water, and air. A particular branch of law, known as transportation law, regulates most travel, shipment, and infrastructure. Law practitioners can apply these principles and rules to railroad systems, aircraft, and watercraft travel. In the U.S., most of these are federal transport laws. They come from federal agencies that create regulations and oversee compliance.

A task to write a transportation law essay can appear both in IELTS and in a college class. Our experts will explain why this area of law is significant and what to write in your paper to make it successful. We also suggested eighteen topic ideas for your assignment. Finally, we have gathered transportation essay samples for you.

There are many ways in which you can write a transportation essay. You can look at particular concepts or analyze a specific statute or a law. You can also take a more general approach. Regardless of the topic you choose, we have some excellent tips for you. Here is what you need to keep in mind:

1. Figure out what type of transport you’ll be looking at. Before writing your essay about transportation, you need to conduct research. The first step is to find the area you’ll be specializing in. It will give you the knowledge and freedom to develop your arguments.

2. Study notable incidents for ideas. Incidents are part of transportation history too. Knowing major milestones and pitfalls is essential to writing a successful work and giving a complete picture.

3. Compare transportation laws in different countries. It will give you a multitude of good topics and insights. This general approach is excellent for descriptive essays.

5. Analyze specific laws and regulations. A more detailed approach is another way to write a good transportation essay. In this case, the scope of your future research is well-defined and limited.

There is a multitude of ways that you can approach an essay on the specific topic of transportation. Even though we’ve gathered some tips in the previous section, there are many ideas left. Here, we’ve compiled a list of transportation-specific topics that can work for you. Or simply use our title generator to immediately create more ideas!

In conclusion, there are dozens of transportation essay topics that you could choose from. We hope that we managed to narrow the scope of your work with our recommendations. Thank you for your attention! Now you can check out transportation law essay examples below.