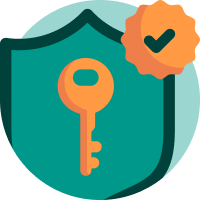 To excel at writing a national or homeland security essay, you should start with learning these terms. These US departments provide cybersecurity and promote cyber-defense. Yet, there are some differences that you should know.

Homeland security aims at the prevention of emergencies, terrorism, and natural disasters. The removal of their effects is also a duty of DHS. Its formation was a response to the 9/11 tragedy in 2002. The purpose was to combine all security agencies for better work.

National security focuses on the country’s defense. They try to reach military excellence over other countries. The agency was formed after World War 2. Its purpose was to protect national communications. The NSA uses artificial intelligence for data collection.

These spheres are both complicated and essential for the US. Our experts have collected homeland or national security essay topics to write about. You can also use them for your research paper or other projects.

Below, you’ll find some free sample essays on homeland security. Reading them can help you improve your essay writing skills.

The government publishes all the official data about the departments’ work. So, there’s something to research for everyone. You can get an idea with the help of our online topic generator.

Writing a homeland security essay will definitely include research. It is because you can write no argumentative paragraph without thorough examination. That’s why we’ve listed some ideas with explanations – they will help you conduct your research.

Take a look at national and homeland security essay topics:

Thanks for reading! You can find free homeland security essay examples below.