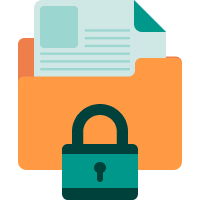 To answer briefly, it is a term for a variety of assets created by someone’s mind. It can be a literary work, artistic work, design, inventions, names, and images used in commerce. There are a few types of intellectual property such as:

Trademarks are any sign, word, symbol, or color that distinguishes one source of goods from the other.

Patents are the property rights granted by the government to an inventor in exchange for public disclosure of the invention.

Copyrights extend protection to the creator of the original work. They usually expire after a specified period. After this time, the copyrights can be renewed, or the author can pass them to the public.

As you can see, there is a lot to talk about. Our experts prepared essay ideas to help you with the task. Moreover, in this article, you will find some practical intellectual property essay examples.

Now that you have some idea of the terms, you can start working on your intellectual property essay. For that, you will need a good topic. We have combined some of them in this section. Or you can try our topic generator to create it online.

Besides intellectual property topics, you might find it helpful to use some essay questions. By answering them, students can get a sense of direction regarding the overall process.

These intellectual property essay questions can help you start:

Thank you for reading our article till the very end. We hope you found it helpful in preparation for your exam or writing your paper. Also, check the intellectual property essay examples below.