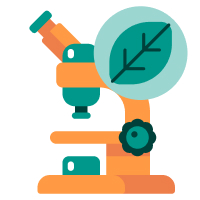 At one point in your academic career, you have to learn how to write an essay. It is an effective and fast way to evaluate students’ ideas, understanding of the subject, and fluency of their scientific writing. Most instructors will use this method even if you study precise sciences such as physics, math, and biology. Here, we consider the latter in detail.

A biology essay, in a nutshell, is a type of academic paper that focuses on a particular topic of biology. It can discuss animal life, cycles in biology, or a botanic subject. Similarly to any academic essay, you are expected to demonstrate your critical thinking skills. You’ll have to provide relevant evidence to support your perspective.

On this page, you will encounter biology essay examples. They can assist you in nailing down a similar school or college assignment. Yet, first of all, look at our tips prepared by our experts.

Areas of Research for Biology Essays

If you’ve been assigned to write a biology essay, you probably know which area of research you have to choose. However, it might be beneficial to explore other available scopes. It’s useful for both interdisciplinary study and the cases when you are free to pick your area of research. In this section, let’s figure out what you can study in biology.

Here are biological areas of research you should be familiar with:

Tips on Writing a Biology Essay

To write a good biology essay, first, you need to examine the topic well. Then, work out a structured outline to approach it. Sounds familiar? An essay about biology resembles any standard 5-paragraph paper. However, several aspects will be different.

When you’re writing about biology, pay attention to the following features:

Thank you for reading our article. We hope you found it helpful. Share it with your class peers who also study biology. Additionally, have a look at the biological essay examples below.