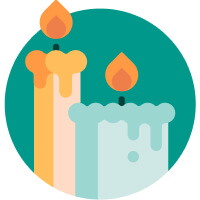 According to Merriam-Webster dictionary, religion is an organized system of beliefs and rules used to worship a god or a group of gods. In comparison, culture is defined as the values, customs, arts of a particular society and group, place, or time.

As you can suspect, writing a religion and culture essay is truly exciting but not always easy. That’s why our IvyPanda team is here to help you explore this subject. Let’s start with the connection between the phenomena.

Culture and religion are interconnected, and some say that they are inseparable. This link is complicated, but our mind aims to simplify everything. For instance, can you be a Muslim yet belong to Western Culture? Can you be white and not be a Christian colonizer? Can you be an African and not be associated with African religions?

To accept that you can belong to the same culture but be different religiously is a problematic endeavor. One thing is clear: you cannot study one without studying another.

If you are working on a religion and culture essay, you have many approaches to explore. That is why it can be tricky to write about it. Whether you’re composing a paper on Buddhism or an Islamophobia essay, outlines are a great way to realize what you want to do. Here, we have written a step-by-step guide on organizing your essay. We have also gathered topics and samples for your inspiration.

How to Outline a Religious and Cultural Values Essay

How are religion and culture connected? Essays like this aren’t easy to plan, let alone write. Nevertheless, organizing beforehand lowers your workload. You can save a lot of time by writing your works with an outline.

Here, we have presented steps towards structuring your paper:

You can say a lot regarding religion and culture, and just an area of Christian festivals is abundant with topics. Yet, it is not easy to find a good idea for your essay, which is why we have tried to simplify your task.

Here are some religious and cultural values essay topics:

Thank you for reading our article till the end. For more ideas, you can try out our topic generator. Or you can simply look through our religion and culture essay examples below.