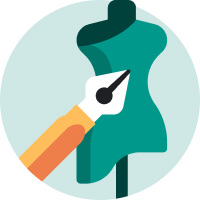 The way a person presents says a lot about their character. And everyone has their style. However, not everyone is fashionable. Fashion is the popular and prevailing way of dressing, which often follows particular trends in a given era. Unlike style, it is characterized by change. Fashion follows cycles and constantly evolves together with society.

What is fashion, if not a form of art? Of course, it is a tool and a statement. But very often, fashion trends are reflective of their time. They are influenced by real-life events, politics, values, and socioeconomic changes. Fashion culture reveals human culture, and this is why it is so important.

If you require help writing a fashion essay, you’ve come to the right place. Our experts have prepared tips and tricks that will be useful in your academic paper. Below, you will also find fashion essay examples and topics.

Structure-wise, a fashion essay is no different from any other academic paper. However, some tips and tricks will make your job significantly easier.

Here are recommendations on how to improve your essay on fashion:

Are you writing a fashion trend essay? Or maybe you want to tackle early 2000s fashion? Or maybe, you still have no idea what you will be writing. In that case, here we have created an extensive list of fashion topics.

Otherwise, you can check the following ideas:

And that is all for now. We sincerely hope that you found our tips and topics useful! If you’re looking for more ideas, you can always find more fashion essay examples below.