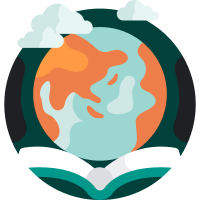 What is linguistics? It is a science that concerns structure and changes in human languages. There are several branches of linguistics: phonology and phonetics, morphology and syntax, pragmatics and semantics. Thus, linguists examine the meaning, critical discourse, and lots of other features.

With this diversity within one discipline, it can be pretty tricky to choose a topic for your linguistics essay. Of course, you should write about a specific research question. You can describe historical perspectives or reflect and share your opinion on the issue that you have picked. But where exactly should you start?

That’s why you ended up on this page: you need to figure out how to write an essay about linguistics. Our team has prepared helpful tips so that you can understand the structure and design of such an academic paper. We’ve also collected linguistics essay topics that you can use.

As you might have guessed, your linguistics essay should be based on a good idea. The topic should limit the area that you will look at and analyze in your paper. Or it can indicate the intersections between the subdivisions you will study. In this section, we will help you deal with this problem.

You can use the following topics to write your own language and linguistics essay:

Here, you’ll see our recommendations for composing an essay about linguistics. There are some things you should keep in mind before and while writing your paper:

1. Plan your paper ahead. Decide what your arguments and position are. What should your research involve? Think about the audience of your paper to define your word choice. Search for some credible sources, such as articles about language that support your arguments. Outline your essay, paying close attention to your thesis statement.

2. Remember to be clear. There should be no surprises. State what your conclusion is about in the introduction. The first and the last paragraphs should be connected. Introduce your message as a whole in the thesis statement. Also, always define if you discuss someone else’s viewpoint or your thoughts.

3. Incorporate examples. Explain why you include the supporting evidence before introducing them. Don’t make your readers doubt their relevance. Define if you are citing another author or your own example. In the text, use italics and quotation marks if you need them.

4. Cite and reference. First of all, it is necessary to avoid plagiarism in your work. Secondly, references help to highlight the importance and credibility of your arguments. You can use linguistic articles in English or any other language. Just make sure that you follow the requirements of your institution. There is no exact number of references that you need to use while writing an essay about linguistics. Let’s say that you need more than one or two to make your argument look solid.

5. Work on your wording. Don’t make any firm judgments about your own or other authors’ work in this type of academic writing. Try not to use such words as “obviously” or “absurd.” Incorporate phrases like “clearly” and “without a doubt” carefully. The scientific questions you introduce should appear testable and empirical.

We hope our tips and topics were useful to you. Some good linguistics essay examples can also help you write a perfect paper – you can find them below.