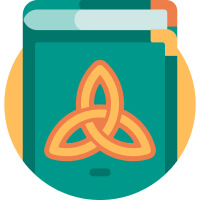 There is a field in academia that analyzes the interactions between anthropological, political, aesthetic, and socioeconomic institutions. It is referred to as cultural studies. This area is interdisciplinary, meaning that it combines and examines several departments. First brought up by British scientists in the 1950s, it is now studied all over the world.

The scope of cultural studies is vast. From history and politics to literature and art, this field looks at how culture is shaped and formed. It also examines the complex interactions of race and gender and how they shape a person’s identity.

In this article, our team has listed some tips and tricks on how to write a cultural studies essay. You will encounter many fascinating aspects in this field that will be exciting to study. That is the reason why we have prepared a list of cultural studies essay topics. You can choose one that catches your eye right here! Finally, you will also find free sample essays that you can use as a source of inspiration for your work.

The work process on an essay begins with a tough choice. After all, there are thousands of things that you can explore. In the list below, you will find cultural studies topics for your analytical paper.

In case you haven’t found your perfect idea in the list, feel free to try our title generator. It will compose a new topic for your cultural studies essay from scratch.

How to Write a Cultural Studies Essay

With an ideal topic for your research, you start working on your cultural analysis essay. Below you will find all the necessary steps that will lead you to write a flawless paper.

Thank you for reading! Now, you can proceed to read through the examples of essays about cultural studies that we provided below.