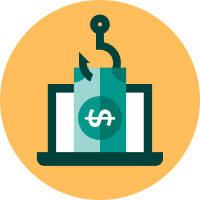 Need to write a cyber security essay? It won’t be a problem. This is a broad subject that offers a wide variety of issues to discuss. Besides, writing a paper on it can help you understand how data is stored and preserved nowadays.

Cyber security is the protection of electronic systems, servers, computers, and mobile devices from hacker attacks. Today, a lot of operations are performed online. Medical, financial, military, governmental services collect and store data on electronic devices and transfer it via the Internet. Moreover, people share their personal information in the network. That’s why cyber security is so important.

With the rapid technological progress, the number of cyber-crimes increased as well. To avoid data leaks and prevent cyber threats, people invented new ways to secure their information.

In this article, you will find topics prepared by our experts. You can write an essay or research paper on them using the recommendations we’ve provided. If our ideas and tips aren’t enough, check the cyber security essay examples. They will get you inspired and excited to complete the task.

The risks associated with data security are indeed dangerous. The hackers can do actual harm to you by:

Thus, everyone who deals with electronic systems needs proper cyber security. It can be divided into five key types. You can explore them in your essay about cyber security:

It focuses on protecting your internal networks from unauthorized intrusion. Security teams use artificial intelligence machines to detect abnormal traffic and prevent threats in real-time. Network security can reduce your risks of becoming a victim of a cybercrime. For that, you can employ their antivirus programs, antispyware software, extra logins, etc.

There are numerous examples of critical infrastructure that you may be familiar with. Think of the following: electricity grid, water purification, traffic lights, shopping centers, hospitals, etc. These infrastructures are vital to society. Therefore, protecting them properly should be the top priority. Critical infrastructure security is responsible for keeping their data protected.

This type plays an essential role for ordinary Internet users. We download and use various apps daily. Yet, we tend to disregard possible threats that these apps may cause. In reality, the majority of cyber-crimes happen through such networks as they can be easily hacked. Thus, application security is a must-have in cyberspace. You can explore it in your cyber security research paper.

In the following section, you will find unique ideas for your essay on cyber security. Choose the most appropriate one and create your outstanding paper. Don’t forget to compose a catchy introduction, a clear thesis statement, and a dynamic conclusion.

You can get more ideas by using our topic generator. Or come up with your own based on one of these:

Thanks for reading our article. We are sure that now you will be able to start any paper on the subject. See some useful cyber security essay examples below.