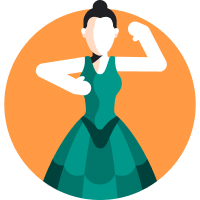 Dance has been a part of human civilization and culture for centuries. It is one of the best tools for entertainment and communication. What’s more, people choose it as a way of self-expression, a hobby, or an occupation. There are many types of dances. Some are well-known (tango, hip-hop, salsa, ballet), while others are less familiar to most people (kathak, kabuki, electronic dance).

When writing an essay about dance, you can write about any type if the assignment allows doing so. Due to the variety of dances, topic selection can take a long time. However, even after choosing the right idea, it is not always clear how to start your essay on it.

First of all, we recommend looking at the samples. You need to read some dance essay examples and pay attention to their structure. It also gives you an opportunity to polish or change the topic to write about.

Besides, our team has prepared a small guide on writing a dance essay. We have listed several ideas which will help you to write it as well.

How to Write a Dance Essay

If you need to write an essay on dance, it will probably be a narrative or descriptive one or even a critique of some sort. However, even the most creative academic papers have a rigid structure. So, you have to write a 5-paragraph essay. In this section, we will tell you how to do it.

To write an exemplary dance essay, you should follow these rules:

Provide your interpretation of the dance. Identify all the people whose performance you describe and use examples to support your assumptions. Connect what you’ve seen with your previous studies or experiences.

Having figured out the basic rules, we can move on to ideas for an essay on dancing. In this section, we have collected topics that you can use for inspiration or practice.

We suggest the following dance essay topics for your consideration:

Thanks for reading till the end! Below you will find dance essay examples. Studying them will help you look at the topic from different angles and understand how to start writing your own paper.