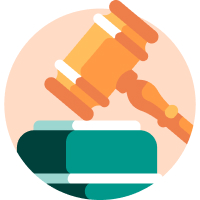 Our team has worked out a list of topics for your international law essay that can help you write your paper. We’ve explored why it’s worth your time to study it as well. Thus, first of all, we invite you to understand what international law is.

So, why study it?

As we’ve mentioned above, international law is a set of norms and treaties that govern relationships between states and legal players. Its primary purpose is maintaining peace and justice. That’s when the importance of international law becomes clear. Without it, countries would not be able to solve issues in an organized manner.

Another critical role of international law is promoting business-related and industrial development worldwide. International law and its principles view economic growth as a global public responsibility. Trading, negotiating, producing, and investing worldwide is possible due to standard norms and shared regulations.

Use the following ideas to practice or complete your assignment:

In this paragraph, we’ve combined a list of international law essay questions. They are useful for numerous reasons, some of which we’ve already explained above. The key aspect is that they can help you practice writing international public law essays.

It’s a great essay topic that gives a lot of space for students to develop ideas. Indeed, the role of international law in the modern world is hard to overestimate.

An analysis of these two legal systems can be a fascinating endeavor. Additionally, explain what the difference between “laws” and “legal systems” is.

Here, we urge students to explain the legal thinking behind the implementation of force. Illustrate when and how legal entities can apply the laws on the use of power.

It’s a pretty personal question. However, be mindful of basing your response on the laws and principles of international law. A great topic that can capture the reader’s attention if delivered correctly.

Here you should demonstrate what importance acknowledgment plays in international law. Additionally, enumerate the conditions nations should fulfill to be recognized.

When answering this essay question, keep in mind how international law defines minorities and what it does to protect these groups. Explain who can claim minority rights.

Thank you so much for reading our article. We hope it can help you in your next international law assignment. Now you can check the free essays below to see how other students handled the task.