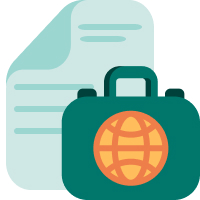 The modern world is deeply interconnected. The relationships between nation-states, non-governmental organizations, and multinational corporations are quite complex. International relations (or IR for short) are exactly the study of those relationships. They are concerned with issues such as global politics and foreign policy, as well as many others.

Realism deals with “real life.” It attempts to emphasize the importance of national and international security. The fields that are studied most within this theory are history, political science, and economics.

Constructivism analyzes constructed state identities. It is involved with cultural studies as well as sociology and social policy.

Finally, Marxism is the theory that mainly concerns itself with inequalities and socioeconomic imbalances. It is most critical of the international capitalist system and attempts to deconstruct class struggle and marginalization.

How to Pick an International Relations Essay Topic

An appropriate topic is a fundamental part of a successful international relations essay. Considering the possible ideas, selecting an area that is outside your expertise can be detrimental. Therefore, we have created a guide to making the right choice for your assignment.

To pick the right topic, try these steps:

One of the vital steps in writing any academic work is the first one. Before conducting any research, write down the ideas that are already present in your mind. Maybe you already have a particular area you want to talk about. For example, you can explore feminism or state sovereignty. Rely on what you know best and what interests you most.

Once you have a general idea of what you want to focus on, it is time to find sources. Your best bet is to concentrate on works by established authors in the field of IR (e.g., Alexander Wendt). Of course, you may also rely on websites from well-known organizations. Look for reports and articles online. Check that the information you are acquiring is recent and up to date.

With IR being such a multidisciplinary field, it is easy to get swarmed by thoughts. Just remember that you still have a word limit to follow! Writing an essay on climate change and international relations may be way too extensive of a subject. Instead, focus on something feasible yet related – like the Green Theory.

At the same time, choosing a topic that is way too narrow could prove a challenge in its own right. You could encounter trouble in trying to find credible sources. You may find yourself at a loss for what to do for your next step. In this case, you might want to change the topic before it’s too late!

If you have an idea that is interesting to you, this step will not be a problem. You need to be motivated to find enough valuable sources and write a high-quality essay. It helps to look at authors with differing points of view. This way, you’ll create a compelling argument.

These recommendations should help you write your IR essay. If you still have trouble choosing the right idea, let our topic generator do that for you.

Now that you know how to select the perfect topic for your essay, we can begin to do just that. Below you will find a list of 13 international relations essay topics. They will prove helpful in your homework or exam writing practice.

You can use these ideas:

As it stands, this list could go on forever. We hope that we managed to illustrate just how diverse the ideas for an international relations essay could be.

Even after reading through this step-by-step guide and all the topics, you may still find yourself hesitating. This isn’t surprising. The ideas that must be swirling in your head right now would overwhelm anyone!

Here you will find 5 international relations essay questions that will help direct your workflow:

1. What is the difference between classical realism and neorealism?

Introduce realist theory and outline its evolution. Explain the main ideas behind classical realism and neorealism. What were the reasons for the shift between theories?

2. What is the impact of Brexit on the European Union’s foreign policy?

Explain the concept of Brexit. Evaluate the relationship of the European Union with the UK before Brexit. Using literature, illustrate the difference between the EU foreign policy before and after Brexit.

4. How useful is the distinction between absolute and comparative advantage?

Summarize the theory behind the terms. Compare and contrast the concepts of absolute and comparative advantage. In your opinion, how important is the difference between the two notions?

5. Is constructivism a valid theory in international relations?

Illustrate the ideas behind constructivism and the evolution of the theory. Contrast constructivism against other well-known frameworks. Justify whether you think it is useful.