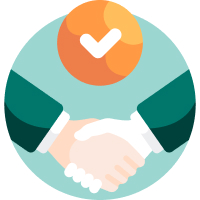 Whether you are studying political science, international relations, law, or economics, you might be asked to write a diplomacy essay as a part of your coursework. This article aims to help you in this process.

Let’s start with the basics: what does diplomacy mean?

Diplomacy influences foreign governments’ decisions and behaviors through negotiation, conversation, and dialogue. It involves steps to prevent violence and armed conflicts worldwide by finding common ground and mutual interest. Indeed, it is an essential instrument in international relationships, and you should explain its importance in your essay on diplomacy. One crucial role of a diplomat and the field, in general, is to protect the country’s national interests. However, there is more to that. Diplomacy strives to create a better world, a more peaceful world.

As you can imagine, this topic is not easy. Our experts gathered some excellent subjects for your diplomacy essay to simplify the writing process for you. Additionally, we’ve combined some cases, ideas, and tips for your academic paper.

When we speak about diplomacy and international relations, you cannot do it without mentioning diplomats and their job. Their work is significant. Yet, not everyone knows what their duties and responsibilities are. So, let’s define diplomats and understand what they do.

First of all, we should establish the difference between diplomats and ambassadors. Both represent a foreign nation in a target nation. However, while there can be many diplomats to a specific country, there can be only one ambassador.

Nevertheless, both roles manage and contribute to diplomacy and international relations between the countries. Besides ambassadors, there are three other classes of diplomatic workers. All of them work to further the foreign interests of their country.

The role of the ambassador is to ensure the following:

In this section, you will find unique diplomacy essay topics. We’ve combined this list for you to train or to use in your next assignment. For more ideas for your writing, try our topic generator.

These ideas for an essay on diplomacy are entirely original:

A research project is a much more complex assignment compared to an essay about diplomacy. For that reason, it requires much more investigation and knowledge from students. So, we have prepared a list of research paper topics on diplomacy for you.

These ideas will help you develop your thesis and reasoning:

Women have played an essential role in international relations. Nonetheless, there are still not enough female voices, scholars, and diplomats in this field. This research paper analyzes what steps and policies the UN took to change this imbalance. You can also look at the root of the problem and track what caused this situation.

This research topic should focus on the balance of power theory. Explain what principles are involved in maintaining it. An excellent subject for anyone seeing diplomacy as the primary tool to maintain peace around the globe.

Explore what digital diplomacy is, what countries have developed it. Elaborate on the benefits of traditional diplomacy. You can also tell about the history of eDiplomacy and bring some examples of its use.

Why is it also called “hearts and minds” diplomacy? And what does it promote? Focus on the primary reasons why science diplomacy has evolved. How can it solve some of the most pending world issues?

This research topic is quite broad. You can try to focus on one or two aspects of modern diplomacy. For instance, the use of social media or doing diplomatic work under economic sanctions. It is up to you!

This research paper is crucial not only for informational purposes. It will give an excellent overview of Roman Law. Here you should analyze similar aspects of contemporary diplomacy. Make sure to include some early diplomatic affairs and interstate relations in your research.

Many of the contemporary diplomacy traditions have begun in Italy. Traceback how exactly modern diplomacy started. Where was one of the first embassies established? Why? One thing is clear: the field has significantly evolved.

Today diplomats and ambassadors can use digital technologies, social media, and blockchain. These tools can help them overcome some of the most pending issues of conventional diplomacy. Moreover, such technologies can transcend time, space, languages, and borders.

Thanks for reading the article till the end. We hope you have enjoyed it. You will find diplomacy essays and research papers below.