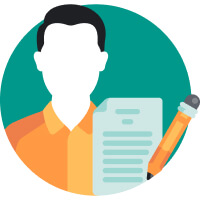 Public administration as an activity is responsible for policy application. It involves managing different institutions and delivering services to the community. We can also consider it as a field of political science. It prepares public servants for their role in public management.

Why is public administration important?

Political administration aims to develop local communities. Thus, public officials manage civil services and interact with people. In essence, they try to understand, address, and resolve communal issues. Economic growth and life improvement are other essential priorities. All in all, without public administration, no government laws or rules would be successfully implemented.

Every public official has a countless number of obligations. The common thread is the commitment to deliver high-quality service. The duties themselves vary depending on the organization and the type of work.

There are plenty of public administration examples that you can look at. We have examined some of them below.

The following are some examples of public administration duties:

Since there are numerous public administration activities, it could be hard to choose which to focus on. In that case, we have several options for you to consider. First, you could use our topic generator, which will create an original idea just for you.

Second, you could consider the topics we have come up with right here: