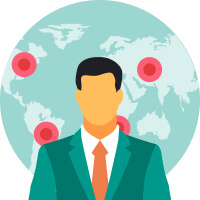 If you have to write an international organization essay, you may be unsure what institutions can fall under this definition. On this page, we’ll try to help you figure it all out. Let us start with the very basics:

International governmental organizations are established as associations of states. They pursue common goals and are legally bound by agreements with other states. The UN and the OAS are some of the most prominent examples.

Non-governmental organizations are created by private citizens who share essential objectives. For example, Greenpeace and WWF.

Regardless of your international organization assignment, you’ll need to conduct research. You might need to present an analysis of one company or compare several of them. In this section, you can find a suitable topic for your research paper:

For an essay, you may need a narrow topic that doesn’t require too much research. Your investigation may not be as extensive as with the ideas from the previous section. Check out our topic generator to create more original ideas on international organizations.

You can try these topics for your paper:

Thank you for reading the article till the very end. We hope it will help you in your brainstorming process for your international organizations assignment. Additionally, check the free essay samples below.