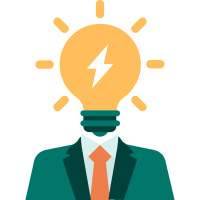 A political ideology essay can be a struggle to write. It is especially the case if you are not a big fan of politics. So, let’s begin with the basic terms. You will definitely need them to complete such an assignment.

First and foremost, ideology is a set of collectively held ideas and beliefs. They explain a particular pattern of political, social, or economic relationships, agreements, etc.

Political ideology is a collection of ideas and political views on a social movement, class, or group of people. Nowadays, citizens of the USA usually relate themselves to either liberal, progressive, moderate, or conservative ideologies. Each of the political movements is based on a specific set of principles.

In this article, our team has analyzed key political ideologies in the United States. Moreover, we prepared some useful writing tips on how to structure your paper. Below, you will find political ideology essay examples written by fellow students.

Key Political Ideologies in the USA

Conservatism is a political ideology that stands for preserving traditional values. Its proponents aim to promote personal responsibility. They also argue for these aspects:

Liberalism is the second major political ideology in the USA. It highlights the idea of empowering the government with the purpose of achieving equal opportunities for all members of society. In other words, the government’s key aim is to solve community issues and protect human rights.

For a better understanding, we’ve decided to compare conservative and liberal political ideas. You can explore them in your essay about political ideology.

To see the differences, you should consider four key areas:

How to Write a Political Ideology Essay

In a political ideologies essay, you can elaborate on a huge number of concepts, events, figures, etc. You may be assigned to compare and contrast some political movements or examine a famous manifesto. Here, we have explained how to how to write an ideology essay on situations from the past.

To compose an essay about political ideologies, you should try the following steps:

For your paper, select a topic that would create a space for substantive research. Keep in mind that you’ll have to describe the political ideology you’ve chosen. Thus, find something that is interesting for you and fits the assignment requirements. Our topic generator can help you with that.

Conduct preliminary research to have a general understanding of your topic. First, explore different political ideologies that fit your assignment. Get to know related personalities, examine various political parties and communities, etc. Only with a clear vision of the political ideas will you come up with a sufficient thesis statement.

Writing an effective thesis statement is the most significant part of the entire writing process. It’s the central point of your paper. Make sure it is stated clearly and concisely – you can let our thesis generator formulate one for you. Include your thesis statement at the end of the introduction. Here, the readers will quickly identify it.

After you come up with your thesis statement, start structuring your ideas. Develop several arguments and devote a separate paragraph for each of them. Ensure your points are logical and relevant. Add solid supportive evidence (evidence, examples, etc.). As you’ve dealt with your arguments, write an introduction and conclusion to your paper.

For political ideologies essay, quotes are the best examples! There is a great variety of sources. You can check the Constitution, remarks of famous politicians, doctrines, official documents. Just make sure the source is trustworthy. And don’t forget to cite your quotes appropriately.

Never underestimate the power of proofreading! Ideally, do it twice. For the first time, pay attention to spelling, grammar, and punctuation. For the second time, concentrate on the structure:

Thanks for reading the article! Below you will find political ideology essay examples. They will help you explore the structure and format of such papers.