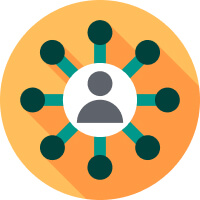 The role of media in society becomes more crucial with each day. We associate it not only with popular culture but also with receiving news and updates. The term “media” can have many meanings. In this article, we will refer to it as the communication channels through which we consume information. It can take many forms, such as music, television, books, games, etc.

The purposes of media vary. It is a source of information and education but also entertainment and fun. We use it to connect with our peers and as a gateway to explore the world. In many ways, media mirrors our society and reflects our cultural values.

If you are writing a media and society essay, you can address many problems and ideas. Here, our team has prepared advice that will help in writing your paper. You will also find essay topics on media and links to free samples.

The whole point of media is in relaying well-argued ideas. So, your academic paper is just another form of communication. That is why it is necessary to understand how to structure your media and society essay properly. Over here, we came up with some advice that will help you accomplish this goal.

Finding your focus is an essential aspect of your work. Your topic is the crux of your essay, so choosing one that you can delve into is imperative. If what you’re writing about is interesting to you, the work process will be smoother and faster.

It is best to begin research as soon as possible. Keep your sources organized by noting them down as you go along. It will ensure that you won’t be at a loss when the time comes to craft up a bibliography.

Creating a structure beforehand is a handy way of cutting down the time. When you have a plan in front of you, writing becomes more manageable. Make sure to jot down ideas for your introduction, body paragraphs, and conclusion.

If you have created an outline for your essay, keeping on track shouldn’t be a problem. Remember that all your points and arguments should connect back to your thesis statement. Keep it short and exclude irrelevant information from your word count.

When you make a claim in your essay, it is vital to back it up with evidence. Citing your sources lets your professors see that you haven’t pulled your arguments out of thin air. Keep a good balance of quotes, facts, and personal opinions for an effective paper.

The choice of mass media essay topics is as expansive as the source material. You can choose to look at the newest social networking sites or explore how communication has evolved in recent years. You can check social media topics as well.

To make your life easier, we came up with a list of ideas for you:

Hopefully, you managed to find something that caught your eye. If not, our topic generator can craft some new ideas for you.

Thanks for reading the article! We wish you the best in your future exploits. Now, feel free to browse through our essay on media and society examples found below.