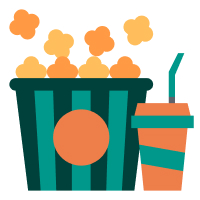 Can you imagine your life without entertainment? It would be very monotonous, boring, and completely emotionless. We could say that amusement has become an integral part of our lives. This and other related ideas can be an engaging issue to explore in an entertainment essay.

What is the best way to define entertainment?

In essence, it is any kind of activity that brings pleasure and delight. It can be a task, an idea, an event, or anything that brings out positive emotions in people. Thus, the issue of entertainment is too broad, and anyone can find a point of interest.

As we’ve established, entertainment plays a crucial role in our lives and brings us happiness. Moreover, it helps to make the family bonds stronger, friendship – deeper, and relationships – closer.

Need to write an entertainment essay but have no idea what to start with? Feeling overwhelmed, confused, or lost? Take a look at our prompts!

See some ideas and entertainment writing examples below:

It is a general topic that can cover a wide range of issues. Just create a simple outline to organize all your ideas. Explain why entertainment is vital for numerous people, if not everyone. How did it happen? Develop each argument and back up your opinion with supporting evidence.

Write a comparison and contrast essay on how entertainment has been changing throughout time. Explore the role of technology in the development of the entertainment industry. How do you think leisure activities will look like in 10 years?

Explore the theme of sport as the type of entertainment. Can professional athleticism be considered leisure? What are the benefits of doing sports in your free time? What are some drawbacks?

Investigate the role of social media in modern society. Compare and contrast different social media networks. For example, consider TikTok vs. Instagram, Twitter vs. Facebook, etc. Also, you can discuss the issue of social media addiction.

How do you think, when a hobby turns into a job, can it be considered entertainment? Can you receive the same pleasure from your hobby when it’s your source of income? In your opinion, is it good when a hobby becomes your job?

Tell your readers about your hobby. Using descriptive writing techniques, convey your feelings and emotions in words. Why do you like this activity? Does it bring you pleasure, inspiration, help you relax? Write a memorable introduction and a powerful conclusion to make your essay more impressive.

Investigate the importance of having common hobbies. How can leisure and entertainment strengthen familial bonds? Offer some tips on how to find common hobbies for all the family members.

In this section, we’ve gathered the most effective entertainment essay topics to write about. For more ideas, you can try our title generator.

Try to discuss the following topics:

Thank you for reading our article! We hope that our prompts and ideas were useful. Check the entertainment essay example below, and good luck with your assignment.