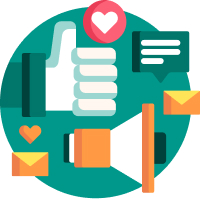 The advertising industry plays a critical role in modern society. We can see ads everywhere. They make us create opinions about all that we see, from food to politics. It is also the main source of income for most of the media, from newspapers to Facebook.

What can you write in an essay on advertisement?

In essence, your task is to compose an advertisement review. You have to analyze an ad or a few and explain how it promotes the product. Who does it appeal to? Tell about its aim and target audience. Then describe the main points and how it impacts people, providing your opinion. Write about the influence of advertising and your own impression.

To make it easier for you to decide on a topic for your advertising essay, our team has created a list of ideas for you. We also analyzed the structure of this type of academic paper and prepared some advertising essay examples.

When you’re writing a standard academic piece, your essay on advertising should be five paragraphs long. In the table below, we will analyze what you should describe and how to do so in detail.

The structure above can serve as an outline for your argumentative essay on any chosen topic. But that’s not all. To write a successful essay, you need to take a few steps before writing:

Spend some time planning your essay and create an outline. Try to understand what the creator of the commercial is aiming to say. Think of the advertisement is successful or not and make your analysis simple and involving. Of course, highlight the positive and the negative aspects of the ad.

As we mentioned above, choosing the right advertisement essay topic is a vital part of the job. In this section, we will provide a few ideas, among which you can find a suitable one for your assignment.

Try one of the following advertising topics:

Thank you for reading this article! You can also find some useful advertising essay examples below. They will help you to see how to use all these tips.