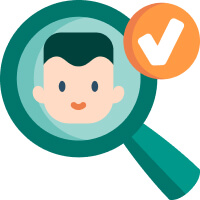 Before you write your personality psychology essay, you should be confident in what some of the essential terms mean. Take a looks at these definitions:

Personality is an individual’s way of feeling, acting, thinking, and behaving. It is quite a stable combination of aspects associated with a particular person that does not really change over time. Personality has been examined for more than two thousand years. Now, there is a whole branch of psychology dedicated to it.

Personality psychology is, in simple terms, the study of a person. As a field, it emerged only in the 1930s. It applies psychological theories to understand people and the differences between human personalities. Besides, one of its goals is to figure out unique features that comprise an individual.

So, how do you write a personality psychology essay? In this article, our experts will equip you with all the tools and knowledge that will allow you to do it. Moreover, on this page, you will find topics and original samples that can help you out.

Tips on Writing a Personality Essay

Psychology essays on personality can dwell into theoretical issues or study the real people cases. You can even prepare a breakdown of your character traits if your assignment allows that. Regardless of the type of personality essay or psychology paper you choose to write, the work process will remain the same.

Here is how you write a personality essay:

A good idea is usually half of the success of an essay or any other writing. A personality psychology essay isn’t an exception. Here we’ve gathered 13 excellent topics for you:

Thank you for reading the article till the end. If you seek more tips, check the essays on personality psychology below. Hopefully, you will find them helpful in writing your own paper.