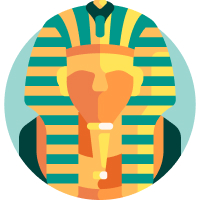 An ancient history essay is a type of assignment that requires students to analyze events, historical figures, and past societies. Based on this research, you will make a claim that should be supported with proof and historical evidence.

That is why our experts prepared a list of tips and advice on how to succeed in writing your following paper in ancient history. At the end of the article, you will also be able to find free samples. Besides, here you’ll have access to ancient history topics that can be useful for practicing or coming up with your ideas.

Any ancient history essay should be based on factual proof and solid arguments regardless of the period it focuses on. A legitimate question might arise: where do I get the evidence? For that, you need to understand where to find information. For most of your papers, the use of primary and secondary sources is a requirement.

Let’s figure out the difference between the two:

A student who strives to produce a well-written ancient times essay should conduct historical analysis. However, what is it? It is a method of examining the evidence to understand the past.

While the past consists of all the events that happened, history is what we know about these events. We have to carefully examine who wrote the text or took the picture to avoid the “authority trap” confusion. One of the ways to do it is by applying the five “w”s:

History is not a straight line with only one perspective and one answer. Therefore, a good historian is not looking for the truth. They are looking at the forces that shaped history as we know it. Examining a wide range of sources will allow you to write a profound essay.

For a student to deliver a logical paper with solid argumentation, the research has to follow a specific structure:

Outlining your ancient history essay is the critical way to keep it clear and straight to the point. The elements that you should include are as follows:

To simplify your work, we’ve gathered a list of ancient history topics to write about. Here are issues you can use for practice or draw inspiration for your next assignment.

Thank you for reading our article till the very end. We hope you found it useful for your research. You can now look at the ancient history essay examples below.