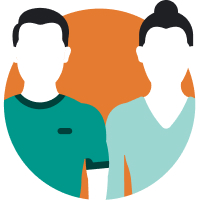 A gender studies essay should concentrate on the interaction between gender and other unique identifying features. Along with gender identity and representation, the given field explores race, sexuality, religion, disability, and nationality. Gender is a basic social characteristic that often goes unnoticed.

Some people understand the importance of gender studies only when it relates to women and their issues. However, the concept itself involves basically everyone who lives in a society. The clothes we wear, the jobs we do, the way we act – it’s all gendered. Therefore, gender directly influences our socioeconomic status in everyday life from the moment we become a part of society.

You can explore this subject in detail by reading gender studies essays below. There you will see how the topic was considered and covered by other students. Also, our experts have prepared some valuable tips for writing such papers and have collected gender and sexuality essay topics for you.

To write a perfect gender studies essay, you need to understand the appropriate structure, style, and ways of developing your thesis and argumentation. Here we will briefly tell you everything you need to know to start and finish such a task.

For a gender roles essay or any gender-related paper, you need to do the following:

Here we have collected topics that you can use to write your gender equality essay. They are original, so you can practice your writing skills with them or even use them for your homework. Our topic generator can create more ideas for your writing if you need some.

You can try the following ideas:

Thanks for your attention! Now you can look at the free gender essay examples and write your work with confidence.