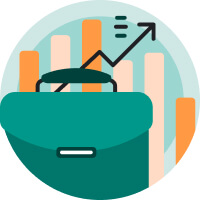 Economic development is a set of policies and activities created to build long-term economic growth. This term is used to describe actions taken by governments, non-profit organizations, states, and communities. Naturally, their goal is to stimulate the economy.

On a broader scale, everything that a community does to generate wealth falls under the umbrella of economic development. Thus, an essay on this subject heavily relies on the task you’re dealing with. If you’re uncertain about the appropriate definition, you can clarify it with your instructor.

For a good essay about economic development, you first need to understand the foundational principles of academic writing. In other words, you have to know the standard five-paragraph structure. Plus, you should understand how to defend your position. We’ve discussed it here.

Your economic development essay should include the following sections:

To see the actual implementation of the structure, check the economic development essay examples below.

An original and exciting idea is a must when writing a top-of-the-class paper. That’s the reason why we have gathered this list of topics for your economic development essay. Hopefully, you will find a title that will work for you. If not, try using our topic generator to develop a different idea.

Here are some economy and development essay topics:

We hope that our ideas and tips were helpful. You can find more economic topics by clicking on the link. Further below, you will find economic development essay examples written by other students. And good luck with your paper!